Exclusive: The President of Brookstone Reveals His Secret To Success in Ecommerce and Digital Marketing

Home/Exclusive: The President of Brookstone Reveals His Secret To Success in Ecommerce and Digital Marketing
Previous Next

Exclusive: The President of Brookstone Reveals His Secret To Success in Ecommerce and Digital Marketing 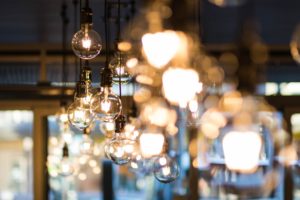 The recent headline in Internet Retailer said it all:  Brookstone Hires an Ecommerce Veteran As Its New CEO.
How cool. An ecommerce guy gets the top spot at an iconic retailer. I’m sure that was an inspiring announcement for VP’s of Ecommerce everywhere who aspire to the C-Suite and ultimate success in ecommerce. For the record, Steven Goldsmith doesn’t really consider himself an ecommerce guy, but more on that in a moment. As a one-time client of mine, I’ve been watching the big B’s continued expansion in product development, U.S and China-based retail stores, and wholesale partnerships. Who hasn’t bought something at a Brookstone at an American airport?  Looking for some Ariana Grande Limited Edition Wireless Cat Ear Headphones? They got ‘em.

A couple of weeks ago I had occasion to talk with Mr. Goldsmith, a nearly 30-year retail veteran who has managed major business lines for leading online brands the likes of Amazon, Limited Brands and Sears Canada. As a veteran ecommerce recruiter, I know a ton of Ecommerce VP’s, even some SVP’s. But when I think about the big retail brick and mortar clients I’ve worked with over the years- easily more than 100 of them- I can only think of a couple that have been headed up by a seasoned ecommerce or online marketing leader. As we all know, most Presidents and CEO’s of major corporations come up through operations, finance or more general marketing. Many have not experienced any degree of success in ecommerce. So, naturally I was anxious to ask him this burning question: How did an ecommerce veteran get the nod to run an iconic retailer like Brookstone?  What on earth was the Board of Directors thinking??

To begin with, Mr. Goldsmith said he doesn’t really view himself as an ecommerce executive.  “I’m a shopkeeper,” he said. “I sell stuff. I have a store, I have a cash drawer. It’s the same business model it was 100 years ago: If I produce good merchandise, people will buy it. If I produce bad merchandise, they won’t. The only thing that’s changed is that my stores are not just physical but also online and in catalogs.”  He said the Board might have been thinking about someone different for the top spot, someone whose view of marketing was perhaps more in tune with traditional retailing. After all, Brookstone has been a highly recognizable part of the American retail landscape for more than half a century (they celebrated their 50th anniversary in 2015).  But it was his somewhat unconventional philosophy that apparently helped win them over. “When it comes to success in ecommerce and digital marketing, it’s not just about the shiny objects or what’s behind the curtain,” he says. “There’s a lot of magic to this thing called digital, but I don’t spend my time obsessing about whether people would rather order something on a phone or a tablet. My job is to enable customers to interact with me on THEIR terms, through whatever platform, device, store, or catalog they are comfortable with.”

So, what’s the message here for e-tail CEO wannabe’s? Mr. Goldmith says he’s taken his retail career to the top largely because he’s always concentrated on one thing more than any other every step of the way: The customer. “Owners and Board members who make those big chief executive hiring decisions are going to look at you and ask how you’re going to grow the business. I’ve grown businesses by putting a laser focus on customer enablement. I really don’t care HOW they discover it, I care about did we fulfill a need or a want and stand by our product. It’s a formula for success in ecommerce and digital marketing that has been a big contributor to my career success.”