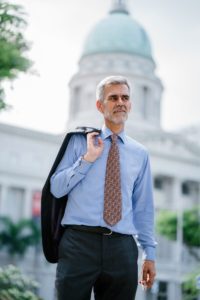 In 2004, U.S. Secretary of Education Richard Riley made a startling prediction: “None of the top 10 jobs that will exist in 2010 exist today.”How right he was.In just this past year alone, I have placed candidates with such titles as “social media manager,” “chief data scientist,” and “blogger,” titles that weren’t even around when Riley made those comments. I even was asked by one client to help them find a “Facebook swami” to market to their huge Facebook fan base. For the first time, college graduates are taking jobs in functions that didn’t exist when they began high school. Companies are now creating entire teams and departments around competencies that not too long ago were considered the stuff of business fiction. What follows is a look at one of the hottest new digital marketing jobs of the future – the rise of the Chief Privacy Officer, and in this case, the future is already here.
Chief Privacy Officer
When Harriet Pearson was named chief privacy officer for IBM in 2000, Gartner analyst Bill Malik proclaimed “The rise of the Chief Privacy Officer is a trend whose time has come.” And come it did, as other Fortune 500 companies soon began to hire their own CPOs. Even the U.S. Department of Education now has its own Chief Privacy Officer. The need for the Chief Privacy Officer emerged in response to both the growing backlash by consumers over industry’s collection and use of personal data, as well as governmental concerns that rules protecting privacy were not keeping up with technology. Add to that the growing proliferation of devices and the explosion in the amount of consumer data available, and it’s not difficult to see the need for a C-level data protection steward and the rise of the Chief Privacy Officer comes as no surprise.

The CPO’s job is to control how all that data is protected, managed, and used. CPOs speak the language of Internet technology – they are subject matter ex- perts in authentication codes, cookies, encryption, and spyware. The Chief Privacy Officer also typically oversees employee information within his or her own organization. The Chief Privacy Officer is the company’s go-to person when privacy questions arise related to the organization’s specific industry, so he or she must be thoroughly familiar with state and federal privacy laws and regulations.

Because the CPO essentially functions as the consumer advocate within the organization, anyone in this position should have a level of integrity which is beyond question. As it happens, one occupation which feeds well into privacy officer positions already takes ethical conduct into consideration: CPOs typically have legal backgrounds, so if you’re a digital marketer with a law degree, the privacy field could be a very attractive career path.