Tales From the Black Hole: Three Decades of Mind-Twisting Stories as a Marketing Recruiter

Home/Tales From the Black Hole: Three Decades of Mind-Twisting Stories as a Marketing Recruiter
Previous Next

Tales From the Black Hole: Three Decades of Mind-Twisting Stories as a Marketing Recruiter 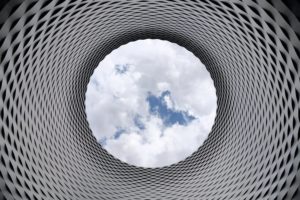 Next week, CNBC premiers a new series called “The Job Interview.” It brings viewers inside the office as real employers conduct real interviews with real candidates. If the producers need any show ideas, I would be an excellent script advisor. After nearly three decades as an independent marketing recruiter and more than 550 marketing recruiter placements, there isn’t much I haven’t seen or heard.  The black hole lives! I have found myself in some pretty mind-bending situations. I’ve often thought: One day I should write a book about it. If I do, it would be both thought-provoking as well as highly entertaining:

As a veteran marketing recruiter, I’ve placed VP’s and CMO’s with companies ranging from a Fortune 25 to ill-funded start-ups with barely a business plan. I even placed a candidate with a beef processor.

I’ve negotiated placements involving employment contracts that were up to 25 pages long, one even governing the kinds of “outside activities” my candidate should engage in. I’ve also placed highly paid senior-level candidates who went to work, literally, on nothing more than a smile and a handshake. This could have inspired a great Aretha Franklin hit record: T-R-U-S-T

I placed one candidate who was offered a job on the spot and officially started before the interview even ended.

I had one search that stretched 19 months, they interviewed more than 60 candidates, and they still didn’t hire anyone. Employers: Don’t try this.

I’ve worked with clients in cities as large as New York, and in one town in Texas that has a population of about 250. Yes, my candidate actually relocated there.

I placed a marketing analyst who climbed up the ranks over a period of 18 years, to eventually become the company President. Hard work can definitely pay off.

I had one candidate turn down a job offer because he decided he wanted 8 weeks of vacation plus a 3-month sabbatical- all during the first 18 months.

There have also been some very sad experiences. I placed a candidate who passed away six weeks after he started. Died in his sleep at a trade show.

I can’t even count the number of times I’ve prevented the loss of a highly sought after candidate thanks to some creative maneuvering. I helped one candidate buy a new car because he said the clunker he owned wouldn’t survive the commute.

One client went the extra mile, literally, to kick-off a new search. He visited with me at my home to discuss his newly created position while I was recuperating from foot surgery. He came here from out of state, specifically to see me, on his private plane.

I’ve sat down with multi-generational family-owned businesses whose brands have become icons of American culture. One such CEO even gave me a ride in his new Tesla, rocketing from zero to 100 before I could blink. I’m still trying to dislodge my stomach from my throat.

I remember one candidate who sent a $10,000 check to an employer, just for hiring him. The check was returned.

I helped one new client by working a booth shift while I was attending a major industry conference. This marketing recruiter landed their second largest deal at the show.

One candidate threatened to sue me because he flew coach, rather than first class, to the interview.

I conducted a search once for Kevin Harrington of TV’s “Shark Tank” fame. I got to spend time with him at a conference in Las Vegas, hanging out in the most ornate, lavish hotel suite you could ever possibly imagine. Did I mention the silk-upholstered walls?

One of my biggest clients sells gold bullion, and their offices are located in the same building as their vaults. In an adjacent room with blast-proof walls and bullet proof windows, I met with three executives all wearing shoulder holsters containing very large guns. “Well,” I observed. “At least I know I’m safe in here.”

I relocated one candidate from California to Minnesota, in the middle of January. The temperature was a record -29 degrees the morning she reported to work. Amazingly, she did NOT quit that day and turn right around and head back to California. In fact, she’s now been there several years.

At one trade conference I was so widely recognized as a leading marketing recruiter that confidentiality became a major concern, so I literally held meetings behind a row of big bushes outside the hotel. I even had an impromptu desk- an upside down garbage can.

One candidate I placed had an extremely memorable first week. On her first day, her boss quit. On her second day, the CEO quit. On her third day, the company announced it was being sold. Two days later, the new owners announced they were moving the company to another city. At that point, my candidate quit. She cited “too much change for my comfort level.” No kidding.

I had one situation in which I was contacted by an employer to replace someone whom I already had recruited and was actively working with, and in fact, we were expecting an offer at any time. He was waffling on the new opportunity, however, thinking he had a bright long-term future with his current company who told me they were going to fire him him as soon as I could find his replacement. Talk about an ethical dilemma. To make a long story shorter, it had a very positive ending with the incumbent landing a much bigger opportunity, and me backfilling his position. The recruiting Gods work in mysterious ways.

In another memorable situation, my candidate received an immediate counter-offer from his current employer, which was promptly matched by my client. A fierce bidding war broke out and each company countered and matched 6 more times. When the counter-offer dust settled, my candidate was looking at about a 75% increase in salary when he took the job with my client, plus double the normal vacation. As I recall, this candidate held a patent that literally represented the future of this business.

I debriefed a candidate once who told me that the hiring manager dropped the “F” bomb at least 50 times during the interview. “No matter,” he said. “I used it just as much.” Yikes. Must have been some strong chemistry there: He ended up working with them for more than 6 years.

I once conducted a confidential replacement search. The President of the company asked me to come visit their offices, and while I was there personally fire the person my candidate was replacing. I declined.

One interview lasted 9 hours. It began in the client’s office, moved to a restaurant, and then to a hotel until around midnight. Let’s just say they had a meeting of the minds.

I’ll be tuning in to “The Job Interview” next week to see what kinds of real-life situations they portray. One thing is for sure: The stories they could tell will be limited only by the bounds of human behavior.