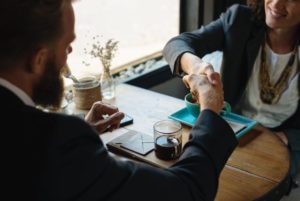 I received a call recently from someone who had just been laid off as a Vice President of Ecommerce at a mid-sized multichannel retailer. I had actually placed this individual in the past, so I was very familiar with his capabilities. “Do you think I’ll find something fairly quickly?” he asked with a worried tone. “Don’t worry,” I reassured him. “I’m confident you’ll land soon.” About two weeks later he had his first offer. Within 4 weeks, he had two more. Bigger titles, more money. Even he was surprised. So was this ecommerce marketing recruiter!

Among ecommerce and digital marketing professionals, the word “unemployment” is something they hear about only on the news. The job participation rate in these highly sought after specialities meets every definition of full employment. The U.S. Labor Department cites the soaring use of mobile devices as a key driver behind a projected 20%+ year-to-year increase in demand for web developers, and web development has always been a proxy for ecommerce hiring. When demand for web development is strong, ecommerce is sure to follow.  We’ve all read the headlines on ecommerce sales for 2016- up more than 15% compared with 2015, according to the U.S Commerce Department. That was enough to account for more than 41% of all retail sales growth last year. So it’s no surprise that my phone is ringing practically every day as companies scramble to fill critical ecommerce-related positions. While not my focus, it is also no surprise that the technical side of ecommerce, including web developers and data analysts, are the most challenging to recruit and hire. But as a veteran ecommerce marketing recruiter, I’ve never see the overall demand to be so strong.

The insatiable hunger for ecommerce talent is also driving up compensation. Just this past week I placed an Ecommerce Director who landed an 18% increase over their most recent salary. Excessive? Not at all, especially when you consider this person had been with the same organization for 7 years. While that’s an unusual amount of tenure in this space, they definitely had some catching up to do, and catch up they certainly did based on a rock solid track record of growing the business and proven leadership ability. Lead and grow, lead and grow, lead and grow. I can’t stress it enough- it’s what employers are looking for in ecommerce candidates. Another positive sign: Bonuses in ecommerce are becoming much more competitive. For years, they lagged behind more traditional marketing and advertising positions, but because ecommerce is so measurable, ecommerce managers who can point to measurable gains are now reaping richer rewards.

Most employers are looking to fill newly created roles while some need to backfill an unexpected vacancy. Still others are looking to make a change and trade an existing employee for someone from different environments who can bring fresh ideas. In fact, fully half the searches I’ve been involved with so far this year have been confidential replacements. With many companies entering their second decade of ecommerce, I’m witnessing something of an “upgrading” phase, as it were, as companies reset for future growth.

Good news, indeed, from this ecommerce marketing recruiter for ecommerce practitioners who are looking to direct a bigger cast on a bigger stage.