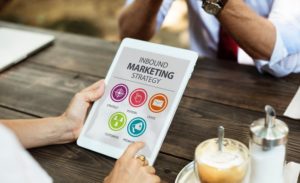 When it comes to digital marketing hiring trends, ever wonder how long digital marketers and ecommerce specialists stay in one job? It’s something I think about often, and one of these days I’m going to do what I did back in 2009 when I tried to answer that same question. Many of you with more traditional direct marketing backgrounds may or may not recall a study I conducted that received widespread coverage in the leading DM trade publications on how often direct marketers changed jobs. It was the first research that anyone could remember that took an in-depth look at turnover rates, at all levels, across the entire DM spectrum including product marketers, agencies and service providers. offline as well as online.  For those who may not have seen or remember it, the magic number came out to 4.05 years, about the length of one Presidential term. That was the average number of years spent at one company. To compensate for members of the 20-year club ( I remember one business developer who had been with one of the big data providers for more than 40 years!), I also calculated a median, which came out to 2.82 years. Fast forward to 2016.

While I have found no similar research in digital marketing hiring trends, as someone who reviews literally hundreds of resumes every week I have plenty of empirical data to draw from, and one thing I can say with certainty is that digital marketing opportunities have become less linear. Candidates at lower levels- roughly Manager and below- move much more frequently than those at the Director level and higher. Among more junior marketers, serious job hopping has become the norm. Among that cohort, I would estimate the median length of stay at somewhere around 1.5 to 2 years. At the more senior levels it certainly is no longer than it was in 2009, and very likely it’s a little less. At the VP and CMO-level, which is a very active category for me, the median tenure is probably no more than 3.5 to 4 years. It is a rare occurrence that I talk with a CMO who has been with one company more than 5 years. When I first started recruiting nearly thirty years ago, 7 to 10 years was the norm for senior marketing leaders.

What a difference a generation makes.

If you’re an employer, the next question you might be asking is, at what point during someone’s tenure is a digital marketer or ecommerce specialist most likely to jump ship? The only report on digital marketing hiring trends that I’ve seen that attempts to answer that question was a study conducted by a technology company called Entelo two years ago that concluded there were three time ranges, past an employee’s start date, when a resignation was most likely to occur:

To arrive at these ranges, Entelo said it examined one million resumes in its database, and discovered that people generally stayed with their current employer in 12-month increments. Researchers then subtracted a few months from each annual anniversary date to account for time candidate’s spent conducting a job search, which of course typically occurs when candidates are employed. These findings suggest, therefore, that the optimal time to recruit someone would be a few months before their annual anniversary dates. I admire Entelo’s effort to try to quantify these probabilities, but based on my experience I’ve observed no such pattern. In fact, I think the calendar has as much influence on job searching and digital marketing hiring trends as much as anything else. I can guarantee you that come October, I’ll be getting a lot more calls and emails from prospective candidates thinking that 2017 might be a good year to make a move, and specific anniversary dates won’t be top of mind.

When was the last time you looked at your average employee turnover rate, and I mean a good hard look?  Remember Bernhart’s Sixth Law: If you don’t track it, don’t expect it to improve.