The State of the Union for Ecommerce and Digital Marketing Jobs Is….. Good!

Home/The State of the Union for Ecommerce and Digital Marketing Jobs Is….. Good!
Previous Next

The State of the Union for Ecommerce and Digital Marketing Jobs Is….. Good! 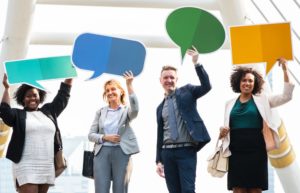 In the spirit of President Obama’s State of the Union address last week,  I’m here to tell you that as ecommerce executive recruiter who has specialized in the marketing field for some 27 years, the state of the union- as far as ecommerce and digital marketing jobs is concerned- is sound. In fact, it’s about as good as I’ve seen it.  Market research firm eMarketer expects that when the final tally is in for 2015, ecommerce sales in the US will have reached nearly $350 billion, up about 14% compared with the year before. Global online sales last year were also on a burn with a projected annual growth rate of 25%.

Not surprisingly, this inexorable push towards digital is feeding a hiring surge in all categories of online commerce.

Here at Bernhart Associates, the number of active searches last year for ecommerce and digital marketing jobs jobs reached an all time high as did the number of positions filled, and this high-octane pace shows no let up as we enter 2016. Barring a meltdown of financial markets or onset of an economic recession, 2016 promises to be another upbeat year for the technologists, marketers, creative agencies and other players in the burgeoning fields of digital marketing and ecommerce.

There was measurable progress on all fronts in 2015:

– Many of the marketing technology providers I know were on fire, from email to search to social to mobile, with many of them adding to staff to meet demand. Independent consultants and freelancers found themselves, for the most part, keeping very busy. I had many tell me when I offered potential new projects that their plates were full.

– I received a record number of calls and emails from companies in more traditional industries looking for an ecommerce executive recruiter to help them plant their first flag on the digital marketing landscape, and there were just as many contacts from employers with aggressive new goals to expand their existing online presence.  It’s also significant that a large number of these web initiatives were Board-driven.

– In some job functions, the pendulum swung decisively to the candidate’s side with many finding themselves in the enviable position of being able to choose among competing offers. I actually had one candidate receive six offers- one per day for six straight days!

-The US Bureau of Labor Statistics reported that the average national wage growth last year was  2.2%.  On average, experienced ecommerce and digital marketers handily beat that.  Those who were recruited away into new jobs saw paychecks increase, on average, from 8-12%.  Of course, there are always the exceptions. One of my candidates, who benefitted from a bidding war among multiple would-be employers, cashed in big with a whopping 33% bump in salary before the dust settled.  Even I was amazed.

-The number of ecommerce and digital marketing jobs on the top online job boards reached record levels.  The number of open jobs currently listed on indeed.com that have some connection to these disciplines is in the tens of thousands.

-Many of the ecommerce executive recruiter agencies who cover this space hired and trained new headhunters (believe me, when recruitment agencies start announcing major layoffs, it’s time to worry!).

-I personally had to TWICE postpone a planned vacation to accommodate clients with pressing needs to fill ecommerce and digital marketing jobs. Not exactly a leading economic indicator but it’s another sign, for what it’s worth, that things were red hot.

-Extra vacation time, work at home options, even one client that promised to hire my client’s spouse part-time after they relocated. These are just a few examples of some of the extra sweeteners employers were adding to existing offers to land highly talented, hard-to-find specialists.

-The QUALITY of ecommerce and digital marketing jobs was never stronger. At many companies, our senior level candidates were hired in at the highest levels of the org chart.  In one recent search, I placed a Director of Digital Marketing for a $B+ corporation who is reporting directly to the President.  On the US News’ list of the 100 Best Jobs for 2015- ranked by growth rate, stress level and work-life balance among other things- Market Manager is ranked #15. And they’re not just talking about general advertising. As all of us know, total digital media spend is fast catching up to more traditional media.

-Even during times of economic growth companies announce layoffs, and sometimes those cuts are wide and deep. But the calls and emails that came into our office from the newly let-go were not in numbers anywhere near big enough to raise worries about a coming downturn in overall candidate demand.  Among those who were unemployed, it seemed that almost anyone who needed  short-term contract work to help pay the bills was able to find it.

Are there still problems and challenges? Absolutely. I get plenty of calls and emails from employees who feel that despite their best efforts, there are insufficient career advancement opportunities with their current employer, or they don’t feel valued, or perhaps the new job they just accepted took an unwelcome turn. I had one call last year from someone who told me that his budget had been cut, his boss had quit, and the company announced it was being sold, all within his first four days on the job! But these circumstances notwithstanding, digital marketing professionals appear very optimistic about the future.  There is no published unemployment rate in this field but if there was, I would guess that it’s at most half the national rate, and for all intents and purposes when you’re talking about just a few percentage points of joblessness, it’s full employment.  While you may have to relocate to take that next step up the career ladder, and while you may not get that immediate big jump in salary you were hoping for, if you want to work in this field you can find it.