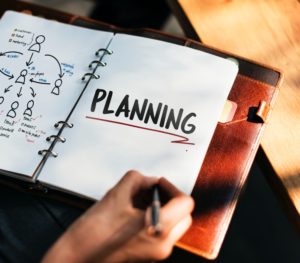 People ask me every day: How’s the job market for marketers?  What are employers looking for most, and where?  What are the latest ecommerce and digital marketing recruiting hiring trends? As a highly visible and veteran headhunter in this space, online as well as offline, I have a pretty good perspective on things. I engage with literally hundreds of recruited candidates and new and prospective clients during the course of any quarter, and probably collect more data points on compensation than just about any other source that’s out there. In the spirit of the direct marketing employment surveys that I conducted for 13 years, I decided in January to start tabulating this information, along with anecdotal observations, to create this first “State of Employment in Digital Marketing and Ecommerce,” a snapshot of ecommerce and digital marketing recruiting hiring trends for the quarter just ended. Is it scientific? No. Have I factored in the variation of the strata to determine yield optimal allocation? Huh? It’s empirical evidence all the way, folks. Hopefully you’ll find it useful.

-Overall across all levels, demand for digital marketing and ecommerce talent remained steady- not markedly increasing nor declining. Those looking for work, whether full-time or contract, found it. It was rare when I spoke with an out-of-work individual who didn’t have at least a couple of irons in the fire.
-Even at the VP level, employers wanted candidates who can “roll up their sleeves”, particularly with start-ups.
-The need for more junior talent remained very strong, but there were fewer searches at the executive level (not seasonally-adjusted, as executive level hires tend to soften during Q1). It took as long as 9 to 12 months for those who are VP and higher to land something new.
-The most requested search was Director of Digital Marketing. No surprise there, as organizations continue to shift more of their marketing dollars into the online channel. It’s noteworthy that many of these positions were UPGRADED from Manager level, with employers looking for department heads that have higher levels of strategic ability, as well being able to “do the work.” Most of those searches were replacements, rather than newly created roles.
-Second on the list was email. Email remained hot. More businesses were willing to go remote to attract these candidates. Paid search ranked a close third.
-Other interesting ecommerce and digital marketing hiring trends: Average time to hire: Approximately 10 weeks (all levels). That may seem a little long, but part of the reason was tied to the next bullet item.
-Candidates received, on average, 2 job concurrent job offers. Hiring times were stretched slightly as candidates weighed their options.
-Percentage of candidate turn-downs was slightly higher, for the reason just indicated.
-Salary increases for newly hired candidates came in at around 11%, all levels.
-A greater willingness to recruit nationally, rather than only local, to find the right candidate. Relocation allowances at the lower levels were surprisingly competitive.
-Demand for contract and freelance talent picked up, particularly in ecommerce and Amazon marketplace.

The ecommerce and digital marketing recruiting hiring trends for the first quarter of the year were strong, and look to be equally as strong for Q2.