Want To Get The Most From Your Digital Marketing Transformation? Make Sure You’re “All In.”

Home/Want To Get The Most From Your Digital Marketing Transformation? Make Sure You’re “All In.”
Previous Next

Want To Get The Most From Your Digital Marketing Transformation? Make Sure You’re “All In.” 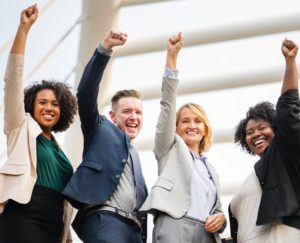 Recently a candidate reported back after an interview for a senior digital marketing leadership role with a client of mine, and she was still asking lot of questions. That’s a good thing. I want my candidates to ask lots of questions to fully understand the scope of the role, reporting relationships, company culture, among many other things. But these particular questions were aimed at a different audience: the readiness of non-marketing leaders within the organization to adapt to a growing digital footprint. How perceptive. As anyone in this field knows, digital marketing and ecommerce does not work in a bubble. For a more traditional organization to become truly digital, it takes a change in mindset at the highest levels across ALL departments, a true digital marketing transformation. My candidate was not convinced that there existed a shared commitment to make that change and that, as they say, raised the red flag. The stakes are huge: My candidate is gainfully employed and would be quitting a company where she is highly valued and has been promoted multiple times (but feels she has gone as far as she can). She also has many options in this strong jobs market.

What WERE some of those red flags?

-The finance department appeared to have little knowledge of the costs of digital marketing, particularly as it related to development and distribution of content. That, of course, raised concerns about their willingness to make the required investments. While limited spending authority is rarely a top reason digital leaders decide to start looking, thinking and acting differently about marketing definitely requires a shift in spending priorities, and my candidate was not entirely convinced that they were all-in when it came to fully committing to a digital marketing transformation.  As anyone who has been hired into these positions knows, they need to be. Successful digital marketing transformation depends on it.
-In speaking with the head of sales, my candidate detected a sense that his sales managers would have difficulty letting go of old school thinking. Nothing entirely unusual there, except that she had been in a previous environment where sales ostensibly worked to sabotage her efforts.  Clearly, she needs more clarification on that.
-Was the company prepared to hire the right people? Always a good question. They said they were, but she actually went in to the second round interview with a sample organization chart so HR could see for themselves what that team could eventually look like, while suggesting that initially they outsource key components of the plan to keep flexible. HR had no idea what would be involved in building out the department my candidate eventually would be managing.
-She had plenty of other great questions to probe the organization’s readiness. Were they prepared to enhance technology infrastructure and install new business processes? Does the culture encourage collaboration between IT and marketing? Answers to these, she reported back, seemed somewhat vague.
-Finally, putting it all together, my candidate wondered if they had a strategic, more integrated view of what digital marketing should look like, rather than their current “throw it at the wall and see what sticks” type of approach.
I often advise my clients that are planning to amp up their digital marketing efforts to reverse the tables, and attempt to look at things from the candidate’s perspective before they start formal interviews. Think of the candidate as the outsider looking in, asking the tough questions about enterprise-wide commitment and the re-shaping of processes and operations that are required to successsfully shift marketing-think.  This will help put things in a different perspective, and help you recognize as a business leader whether your organization is indeed “all in.”