Why the Future of Digital Marketing Opportunities is Bright

Why the Future of Digital Marketing Opportunities is Bright 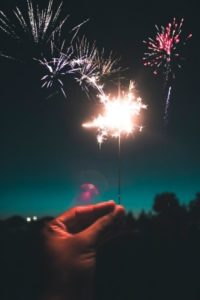 Wal-Mart’s announcement that it expects full year sales to be flat and earnings to decline in fiscal 2017 was one of those watershed moments that digital marketers will be talking about for months to come. To be clear, Wal-Mart stated that most of its forecast reduction would be due to the stronger dollar, increased operating costs and other investment. But at the same time, the retailer affirmed its commitment to the web with plans to spend another $1B in ecommerce and digital platforms, which will mean a ton of new digital marketing opportunities.

Translation: “Amazon is threatening to eat our lunch”

While WalMart’s stock was tanking in response to that announcement, share prices of other big brick and mortar retailers sank right along in unison. This was a major shot across their collective bows, and the future of seamless omnichannel marketing just got a nice boost, along with the future outlook for digital marketing opportunities.

Given it’s sheer size, one could argue that Wal-Mart is something of a proxy for the U.S. economy. If that’s true, then its announced investment plans in ecommerce is a wave changer. I certainly can’t address this from a stock analyst perspective, or even as a practicing ecommerce chief. I’m an executive recruiter in this space. But if WalMart is going to be shifting that kind of spend towards digital, I can already see the title of memos soon going out from the C-suite to marketing departments at Target, Costco and the other big name retailers: “Need to discuss digital marketing needs.”

One year ago I wrote a post entitled, “Thinking about Careers in Ecommerce and Digital Marketing? The Time is Now!” I stated that because of enduring economic and social forces, we are at the very early stages of a golden era of digital marketing opportunities for those who sell and market products and services over the web, and the battle to lure the best talent available is just beginning. Still true. I stated that the need to fill digital marketing opportunities has become so intense that the inability of many companies to staff high performance digital marketing teams is costing them business. Still true. The calls and emails are coming not just from e-tailers. I’m hearing from employers in consumer package goods, industrial manufacturing, insurance, you name it, any industry that knows it must, to some degree, have a digital presence

Digital marketing is still in the very early innings of a golden era of employment, and WalMart’s announcement has just made the game more exciting.