Hiring a Digital Marketing Leader? Now is the Time!

Home/Hiring a Digital Marketing Leader? Now is the Time!
Previous Next

Hiring a Digital Marketing Leader? Now is the Time! 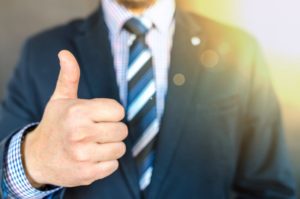 Interesting fact: Did you know that for divorce lawyers, the busiest time of year for picking up new clients is January and February? Studies also show that people in dating or live-in relationships also tend to go splitsville during those same two months. But as divorce rates taper off heading into the end of the school year, another kind of breaking-up picks up steam: The executive kind. Enter the busy season for digital marketing hiring.

There’s more than just pollen in the air when Spring rolls around. It’s also transition season. Looking back on 28 years of experience in executive search, one trend definitely stands out: The second quarter is almost always the busiest when it comes to digital marketing hiring. By March and April, most prior year bonuses have been paid and the school year ends in only a couple of months, roughly coinciding with the typical length of an executive level search. Prospective candidates dreaming about greener pastures start getting serious, and more resumes means a greater selection of amazing talent.

If you’re a CEO, this all means one thing: This is THE time to start the recruiting process to fill that key marketing position. Digital marketing hiring is in full gear!

If you haven’t been in the market for a seasoned marketing executive lately, a couple of important things to keep in mind:

-Always be selling. I remember one CEO telling me, “Why should I spend my time selling my company? The candidates are the ones who should be doing the selling.” That’s misguided thinking. You’re not the only one with a great story to tell. It’s been my experience that juggling candidates is a bit like handicapping race horses: The closer the horse is to the front of the pack after that first quarter mile, the greater the odds that horse will win. It’s the rare candidate who tells me, “You know, I’m looking at four possibilities, and they’re all so great I can’t really rank them.” Compelling stories, told early and with conviction, can make a big difference in how a candidate sizes up your opportunity.

-Prepare to do some extreme vetting, and don’t depend on your recruiter to do it for you. I happen to think that I conduct pretty good references, but can I talk peer-to-peer with another hiring manager like a CEO can? Definitely not. Fact is, it is harder for me as the recruiter, who stands to benefit if my candidate is hired, to mentally eliminate someone who I have spent many hours identifying, evaluating, qualifying and presenting, because of a less than stellar reference. Further, headhunters tend to work off pre-formulated reference forms. I am simply not going to ask questions with the same nuances as someone who runs and operates the business day-to-day. I believe conducting reference checks should be akin to conducting a deposition: A non-linear approach where one question leads to another, which in turn leads to another and then another, covering a broad swath of competencies until you start to get a clearer picture of the candidate’s capabilities within the context of your organization’s culture and management philosophy. And that can only be done by the decision maker who has a significant stake in the outcome.

I received a call recently from someone who had just been laid off as a Vice President of Ecommerce at a mid-sized multichannel retailer. I had actually placed this individual in the past, so I was very familiar with his capabilities. “Do you think I’ll find something fairly quickly?” he asked with a worried tone. “Don’t worry,” I reassured him. “I’m confident you’ll land soon.” About two weeks later he had his first offer. Within 4 weeks, he had two more. Bigger titles, more money. Even he was surprised. So was this ecommerce marketing recruiter!

Among ecommerce and digital marketing professionals, the word “unemployment” is something they hear about only on the news. The job participation rate in these highly sought after specialities meets every definition of full employment. The U.S. Labor Department cites the soaring use of mobile devices as a key driver behind a projected 20%+ year-to-year increase in demand for web developers, and web development has always been a proxy for ecommerce hiring. When demand for web development is strong, ecommerce is sure to follow.  We’ve all read the headlines on ecommerce sales for 2016- up more than 15% compared with 2015, according to the U.S Commerce Department. That was enough to account for more than 41% of all retail sales growth last year. So it’s no surprise that my phone is ringing practically every day as companies scramble to fill critical ecommerce-related positions. While not my focus, it is also no surprise that the technical side of ecommerce, including web developers and data analysts, are the most challenging to recruit and hire. But as a veteran ecommerce marketing recruiter, I’ve never see the overall demand to be so strong.

The insatiable hunger for ecommerce talent is also driving up compensation. Just this past week I placed an Ecommerce Director who landed an 18% increase over their most recent salary. Excessive? Not at all, especially when you consider this person had been with the same organization for 7 years. While that’s an unusual amount of tenure in this space, they definitely had some catching up to do, and catch up they certainly did based on a rock solid track record of growing the business and proven leadership ability. Lead and grow, lead and grow, lead and grow. I can’t stress it enough- it’s what employers are looking for in ecommerce candidates. Another positive sign: Bonuses in ecommerce are becoming much more competitive. For years, they lagged behind more traditional marketing and advertising positions, but because ecommerce is so measurable, ecommerce managers who can point to measurable gains are now reaping richer rewards.

Most employers are looking to fill newly created roles while some need to backfill an unexpected vacancy. Still others are looking to make a change and trade an existing employee for someone from different environments who can bring fresh ideas. In fact, fully half the searches I’ve been involved with so far this year have been confidential replacements. With many companies entering their second decade of ecommerce, I’m witnessing something of an “upgrading” phase, as it were, as companies reset for future growth.

Good news, indeed, from this ecommerce marketing recruiter for ecommerce practitioners who are looking to direct a bigger cast on a bigger stage.