Hiring for Your Digital Marketing Culture: One Key Question You Must Ask

Home/Hiring for Your Digital Marketing Culture: One Key Question You Must Ask
Previous Next

Hiring for Your Digital Marketing Culture: One Key Question You Must Ask 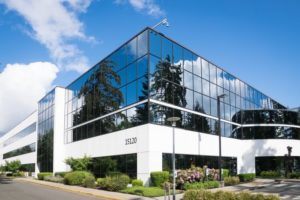 Do you rely largely on “gut feel” when determining whether or not a candidate is a good digital marketing culture fit with your organization? Many of my clients have told me they do. At many companies, human resource managers use behavioral-based questions to help detect cultural fit.  But because hiring managers can put their individual stamp on overall corporate culture, it is imperative that they, too, ask the right questions to accurately measure a candidate’s digital marketing culture fit quotient.  And to maximize the chances of a successful hire, you must go beyond the gut.

Let me show you how.

Typical question from interviewer:  “Tell me about one of your biggest successes.”  Good question. I usually ask it myself.

Candidate: “Well, in my last job I developed a social media campaign that resulted in 120,000 commercial downloads in just the first 30 days. That was 6 times the number of downloads for any campaign that came before it.”

At this point, an interviewer might ask a follow up question to learn more about that particular success, perhaps something like, “What made that campaign work so well?”, or, “To what do you attribute the success of that particular campaign?”  Usually the candidate’s response is project-centric, i.e., the strategic thinking that went behind it, or the work he or she did to affect that outcome.  At that point, this is where most interviewers stop.  Like a binary equation, they’ve solved for A, but not for B, B being cultural fit.  You may be asking:  What does this have to do with culture?  Nothing, until you follow it up with this one critical question:

“So, think about the beliefs and behaviors that drive the way they do business at that company. How did that influence you’re ability to achieve the success you just described?”

Candidate: “What do you mean?”

Interviewer:  “Was there something about the way they did things there that helped cause your success?”

Candidate:  “Well, my Manager let me do a lot of experimentation, more than other employers I’ve worked with.  He let me fail more times than I succeeded because he knew that eventually I would come up with a winner which  would offset my failures many times over.”

Interviewer:  “Sounds like you really enjoyed that kind of test-and-test-again kind of digital marketing culture environment.”

Candidate: “I definitely did.”

Now you’re getting somewhere.  The candidate has revealed a key cultural preference.  You can also use this technique to probe what caused their failures.

Asking a candidate directly what kind of culture they work best in without experiential context is like asking your kid if his room is clean and his homework is done:  They’re going to tell you exactly what you want to hear, and candidates know what you want to hear because it’s usually written all over the job description.  Instead, put on your detective hat and ask probing questions that stimulate candidate introspection, like the example above.  Sometimes, depending on their responses, you have to keep probing.  Here’s a trick that professional interviewers use: Carve up your thoughts into small, bite size pieces that are easy to ask, and easy to answer.  Remember, you want the candidate to open up and share their inner most desires and fears when it comes to the kind of company they want to work for. You’ll get much more information by asking three short questions then you’ll hear by asking one long one.  And, of course, make them as open-ended as you can by asking “how” and “why” questions. I use this technique every day when I’m qualifying candidates to extract the most information I can given the time we have.

Let me tell you, nothing is more important than understanding whether the candidate sitting in front of you will be a digital cultural fit because lack of fit is what drives most candidates to contact my office. It’s true what they say: Culture does eat strategy for lunch.  I see it happen all of the time: At company X someone is a stand out contributor, then they jump to company Y and they’re just one of the herd.  Why does that happen?  Have they suddenly become less skilled or knowledgeable?  Of course not. Do they suddenly become less ambitious or less cooperative?  Rarely.  Do they find themselves in an environment where they just don’t gel?  Bingo. As an interviewer, here’s a good rule of thumb: Culture should receive equal weight. If you’re going to spend 45 minutes with a candidate during an initial interview, you should spend at least 10 minutes talking about digital marketing culture- as much as you’ll spend going through the candidates resume and experience, talking about the company, and discussing the duties and responsibilities of the job.