Data Science Recruiting: The Rise of the Data Scientist in Digital Marketing

Home/Data Science Recruiting: The Rise of the Data Scientist in Digital Marketing
Previous Next

Data Science Recruiting: The Rise of the Data Scientist in Digital Marketing 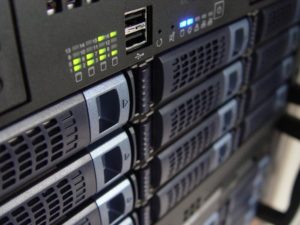 Back in the early 1990’s when catalogers and direct mailers roamed the earth, I literally built my up-start executive search practice placing data analysts and statisticians. I recognized a hot niche in data science recruiting when I saw it. In my direct marketing hiring surveys which I conducted for more than 12 years, these Captains of Correlation regularly led the list of candidates in greatest demand. It was no contest- no other job category even came close. Fast forward 20 years: US News and World Report Careers has named Statistician as the Best Business Job for 2016.  Welcome to the rise of the Data Scientist. With the advent of digital media, marketers are now collecting torrents of data through a vast number of consumer touch points. In addition to customer transactions, marketers are collecting information about every online conversation anyone is having about their brand.  Then there’s internet click stream data, web server logs, social media activity reports and c0untless other forms of unstructured data.  All of this data is being captured to uncover hidden patterns, previously unknown correlations and other insight to improve the effectiveness of marketing campaigns and solve complex business problems. For those who are expert at analyzing data patterns and turning that into actionable insight, the word “unemployment” is something they hear about only on the news.

If you’ve been thinking about exploring opportunities in data science, you may already have the skills to find a job with the title of “data scientist.” That’s because that role can mean different things to different people. For example, I placed a candidate with the title “data scientist” last year whose expertise is purely in statistical modeling, but this person was hired as part of a larger team of data scientists, each with a highly specialized skill. Back when customer engagement was driven primarily through offline channels, we used to call them Business Intelligence Analysts, Data Analysts or Statistical Analysts. The term “data science” evolved, along with the rise of the data scientist, as new technologies were developed to collect, process and visualize mass quantities of unstructured data, and as business users became more demanding about the ability of data analysts to better articulate their findings to non-technical stakeholders and recommend ways to apply it to benefit the business. The most sought after senior-level Data Scientists are experts at mining and manipulating data, have strong statistical chops, are experienced in data visualization and machine learning, and often have programming or engineering backgrounds. They also “think” like a data scientist: They’re inquisitive, they challenge existing assumptions, and they  translate raw solutions into storytelling.

Data science recruiting is hot. Just about everywhere you look, Data Scientist is listed as one of the best jobs for 2016. Glassdoor ranks it #1. Harvard Business Review labelled the rise of the data scientist the “Sexiest Job of the 21st Century” (Move over Brad Pitt, here comes Vikramaditya Thiruvanamthapuram). The US Bureau of Labor Statistics predicts that the field will grow at a rate of 11 percent year- and not just this year or next, but EVERY year until 2024, eclipsing the 7% growth rate projected for all occupations during the same period. Now THAT’s pretty sexy!  According to McKinsey & Company, by 2018 the United States alone could face a shortage of 140,000 to 190,000 people with deep analytical skills as well as 1.5 million managers and analysts with the know-how to use the analysis of big data to make effective decisions.

When many think of data scientists, they think of business intelligence geeks with a fancy title. They do FAR more than just data collecting and reporting. They determine what the data means and recommend ways to apply it to benefit the business. Typically educated in computer science, mathematics, statistics or other highly quantitative disciplines, they’re also highly skilled at communicating informed decisions with a company’s top decision makers who usually don’t have strong data or analytic backgrounds. In other words, they speak the language of business, debunking the myth that data scientists are just glorified green shade-wearing data crunchers.  Some even sit at the executive level, such as Chief Data Scientist or Chief Privacy Officer. Anjul Bhambhri, Vice President of Engineering, Big Data and Analytics at IBM, has described a data scientist as “somebody who is inquisitive, who can stare at data and spot trends.  It’s almost like a Renaissance individual who really wants to learn and brings change to an organization.” I call it “evangelism”, but it all means the same thing: Introducing a data-driven culture to an organization that may not have one. And that’s not always an easy thing to do.

Anyone interested in exploring data science as a career should know about Kaggle.com, which is a sort of one stop website for all things data science that claims nearly half a million members. There, you’ll find everything from educational resources, job listings, even data science competitions.

Here’s to the rise of the data scientist!